Since losing its school resource officer earlier this year, Maconaquah School Corporation [MSC] has created its own police force to move forward on its goal of bringing students and law enforcement closer.

However, according to Maconaquah High School assistant principal and CEO of the corporation’s new police department, Stephanie Tidd, they had to determine how they planned on continuing to provide the important SRO figure on their campus.

The best solution: establishing the school’s own police force, she said.

“[We found] what would work out best for us is to establish our own police department with a school safety grant,” she said. “It’s basically the same grant we have funded our SRO previously with, and now in the grant we are including what we would need to get our police department established.”

A resolution was approved by the school board in spring authorizing the creation of the Maconaquah School Corporation Police Department.

The corporation had previously retained its SRO for a number of years through a partnership with the Miami County Sheriff’s Department, but there came a point where the officer was needed full time by the department.

With its own police force as the goal, the corporation hired Wayne Ives as the full-time SRO officer and Chet Sites as a part-time SRO. Tidd said both officers will be great additions to Maconaquah schools. Ives will bring plenty of experience to the department as someone who has been around every level of education, and Sites is a familiar part of the community with students who have been part of the school corporation.

“We’ve hired two incredible men who I believe will be able to develop great relationships with the kids, and that they become somebody safe that the kids can go to as well as when they’re needing help and assistance,” Tidd said. “I feel so positive and excited about this because it really will be something good for all of our schools.”

According to MSC Superintendent James Callane, school board president Robert Daine and the rest of the board were extremely interested in the plan. He noted that the former police chief at Peru Schools was instrumental in helping Maconaquah through the process of developing its own force.

Ives is no stranger to the SRO position, serving as one at Western School Corporation for 13 years while also being part of the Howard County Sheriff’s Department for 32 years. Originally a part-time job, Ives said he fell in love with the role of SRO due to the relationships he got to build with students.

“I realize a lot of times they don’t have good communication with law enforcement … so this gives me a chance to show them another side of law enforcement, what law enforcement is and build those relationships so they’re not afraid of us,” he said.

Ives said he feels the main roles of SROs are to counsel and teach while making sure students, staff and teachers are all in a safe environment.

Ives retired from the sheriff’s department Aug. 28, but didn’t stay retired long as he was sworn in with Maconaquah on Aug. 31, resulting in just two days of retirement.

Even with years of experience in the field, Ives is still getting used to the ropes at his new school, much like the students during their first few weeks of class.

“What’s funny is I have students asking me where a certain class is and me being new here, I’m not sure where their classroom is either,” he said. “We just go figure it out together.” 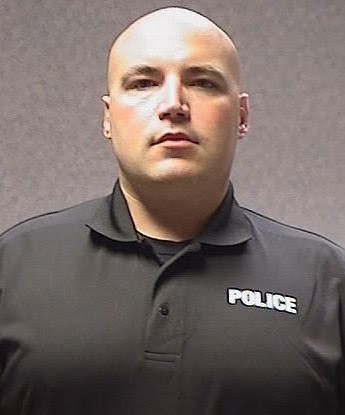